Welcome to Ewe Association of Houston / About Us 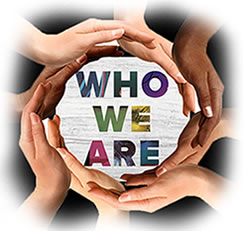 The main reason for setting up the organization was to foster companionship among Ewes in the Houston Metropolitan Area. To that end, new arrivals to Houston were encouraged to join the Association so others can provide help and support when needed. To grow this companionship the group adopted several American holidays to suit the community needs.  Thus, Thanksgiving Day was celebrated as a community. Similarly, Memorial Days and Labor Days were held as beach picnic events. These beach picnics became so entertaining with food, drumming and dancing, their popularity quickly grew beyond the Ewe community to other Ghanaian groups in the Houston area and surrounding towns and cities. This includes participants from Dallas and Austin. The Ewe Association has since become the social and cultural hub for the majority of Ewes in the Greater Houston area.

The Council of Ewe Associations of North America (CEANA): – The major involvement of EAH is within the umbrella organization called CEANA, which currently organizes 20 associations under its wing throughout the USA and Canada. The beginnings of CEANA started quietly and almost accidentally. A small group of Ewe friends from five cities met at a function in Chicago, Illinois.  In their casual conversations they realized that the objectives of each Ewe Association in the individual cities were very similar and that if they come together they could pool their resources for the greater good in helping people back home under the principle of ‘more hands on deck make a job easier and faster.” They decided to work towards starting such an umbrella organization in 1995. CEANA achievements have included the following: